"They will lay their hands on the sick, and the sick will recover" ~ Mark 16:15-18. By the power of the Holy Spirit within Him, all who Yeshua prayed for were healed. The Bible clearly tells us in the 2nd chapter of the Book of Acts that the phenomena of miracles was not to be confined just to the events that took place 2000 years ago in lives of Yeshua and His disciples. The entire New Testament (all healing verses are posted below) encourages believers to accept the fact that miracles and healings were to remain common place on earth until the day of Yeshua's future return.

Miracle of Highway 6 - Angels to the Rescue!

It was called "The Miracle on Highway 6."   After a fiery car crash and desperate prayers, witnesses say angels showed up and performed a miraculous rescue.  God is a miracle-working God!  He still answers the cry of His people!

One of the Greatest Healing Miracles of the 20th Century

Plagued with pseudo arthrosis for nineteen and one-half years, DELORES WINDER was preparing for her funeral. Then she attended a Kathryn Kuhlman meeting and received one of the greatest healing miracles of the twentieth century.

The Dodie Osteen Story - One of the Greatest Miracles of Our Times!!

In 1981, DODIE OSTEEN, the mother of television Pastor Joel Osteen, was given a death sentence. Doctors had diagnosed her with terminal liver cancer, giving her only three weeks to live. Refusing to accept her doctor's diagnosis, she trusted God and His Word alone for her total healing. Watch in awe as Dodie Osteen gives her personal testimony of one of the greatest miracles of our times.

As a young man, Tommy Welchel lived among the survivors of the Azusa Street Revival. Now he shares the impartations he received from the very people who were there!

A 12-year-old boy survived a tragic jet ski accident and was miraculously saved by doing what the Lord told him to do.

Watch the incredible story of a medical doctor diagnosed and miraculously healed of Mantel cell lymphoma. It’s one of the most deadly and rare forms of lymphoma. And unfortunately, the doctors told Dr. Tom Renfro at the time there was no cure, that radiation wouldn’t cure this, that bone marrow transplants and stem cells harvesting techniques had been tried and failed with this particular brand of lymphoma.

Watch the miraculous story of a woman healed of Lou Gehrig's disease (ALS).

Healed of Leukemia - A Powerful Story!

DAVE HESS was given a death sentence from his doctor -- an aggressive form of leukemia. The medical prognosis was that he had one month to live! Watch this true story of how Dave Hess received his miracle by turning to the only source of hope available.

TODD WHITE was a drug addict and atheist for 22 years when in 2004 He made Yeshua (Jesus) his Lord and Savior and was radically set free! God has simply opened Todd's eyes to the truth that the Holy Spirit wants to flow through every believer everywhere we go, at work, school, grocery stores, malls, gas stations, everywhere. Watch in awe as Todd prays for people in every day situations and they are all miraculously healed, including a lame man and a man blind in one eye.

At age 4, DESMOND OOMEN was diagnosed with autism. Desmond's autism was so severe he was unable to communicate with loved ones or other children. This powerful story demonstrates how standing in persistent faith on God's Word and never giving up brings about miraculous results.

On March 11th, 2007, CINDY RUSSELL was given a death sentence - over 75% of her liver was consumed by a deadly form of cancer called cholangiocarcinoma. Four months later, Cindy, a woman of unwavering faith, was diagnosed before the world cancer free. Watch this amazing story of how one woman's faith defeated the most deadly form of cancer known to man. Cindy's entire story can be seen @ curedoflivercancer.com 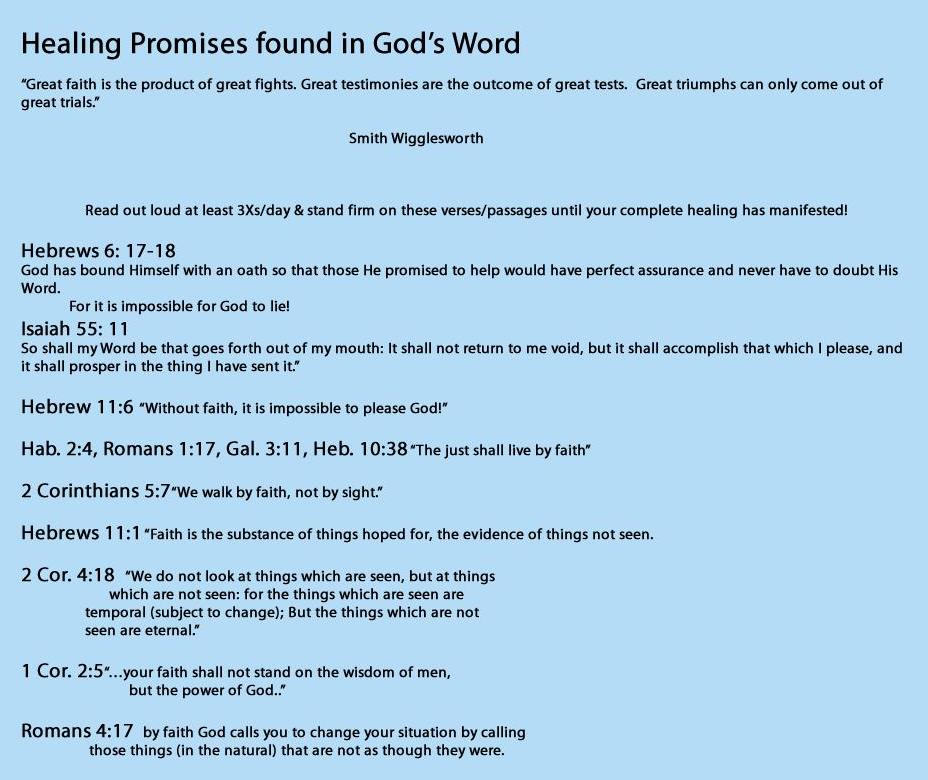 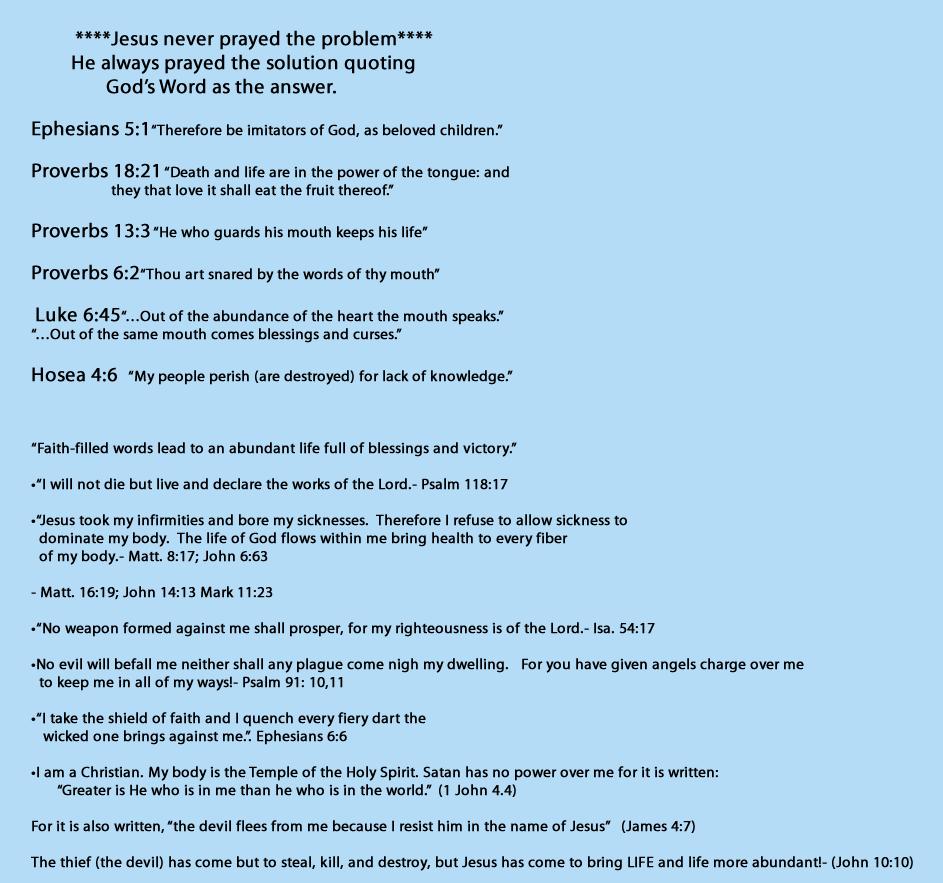 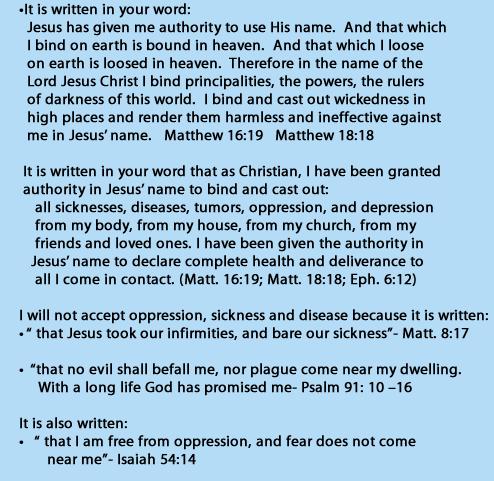 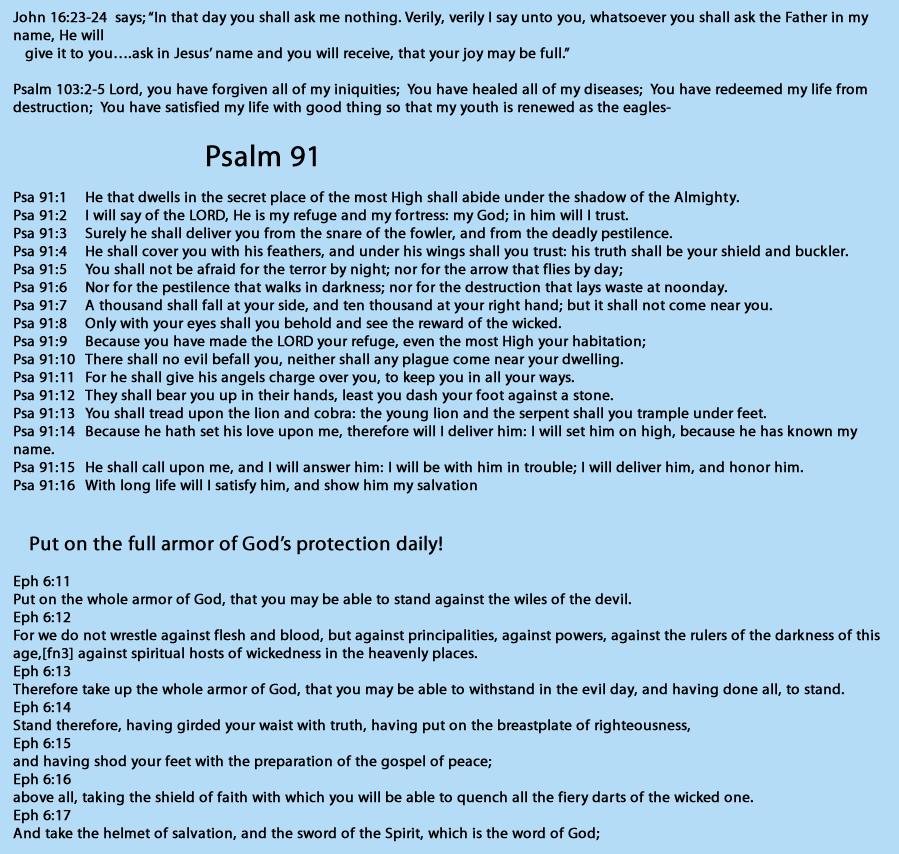